Budapest Saturnalia festival is held at the Roman museum of Budapest called Aquincum. The Christmas Festival in Roman Style is an annual event much awaited by fans of the ancient Roman times, culture, lifestyle and history in Hungary. 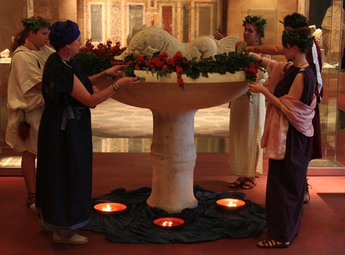 Budapest Saturnalia 2012: The Roots of Christmas festivities in the Antiquity

Venue: the ancient style ‘Christmas’ is held at: Aquincum Museum, Exhibition Hall, District III  in Budapest, at 135 Szentendre Way
“The best of times!” according to Catullus, and indeed, Saturnalia was a really happy festival from Dec 17 to Dec 23 in ancient Rome, not the least for the slaves who could temporarily enjoy being the masters in the reversal of roles during Saturnalia. 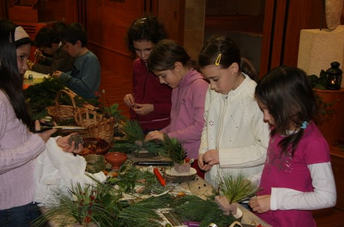 The merry festival of Saturnalia was dedicated to the Roman god of Saturn, i.e. the god of agriculture and joy in the ancient times. Saturnalia is considered to be the ancestor of the modern day Christmas festivals.
Saturnalia Budapest is organized by Aquincum Museum and the Circle of Friends.