Budapest is full of Christmas concerts, to appeal to all tastes in a wide range. 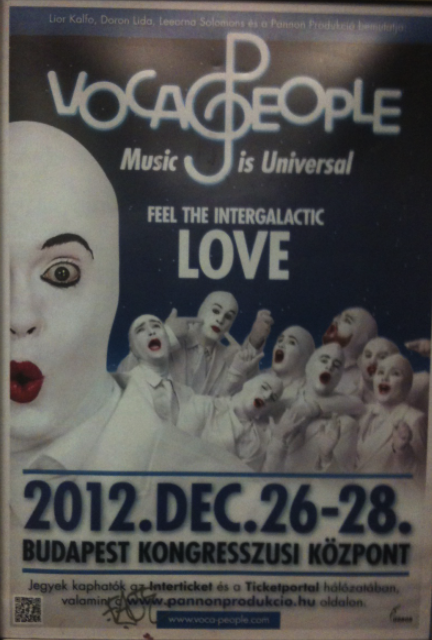 The concert of Voca People will be on Dec 26, 27, 28 in 2012 at the Budapest Congress Center. The concert is more like a show and concert, mixing human voices with beatbox.
The tickets for the Xmas concert are fairly cheap, so they will soon run out of the available seats. Hurry up if you are interested.
White washed faces, and a special music treat.

Dates of the Christmas concerts in Budapest

To get some idea of their music style, see this Voca People video here