You are here: Home / All posts tagged Budapest Puppet Theater
04

Nutcracker Puppet Show in the National Puppet Theater in Budapest: officially called the ‘Budapest Puppet Theater’ but it is a national institution with many of the best puppet performances in Hungary. The Nutcracker puppet show is a Christmas tradition, and has been running for many decades with great success. To boot, the ticket prices are ridiculously low for a foreign family (HUF 1,300 per ticket), so it is one of the best deals you can get at Xmas in Budapest if you are visiting the city with children in winter. Besides the Nutcracker, there are several more puppet shows running all through November, December and January, so do check the event calendar of the Puppet Theater for more shows, and details. 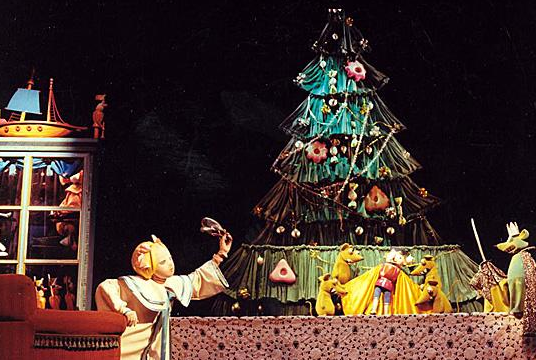 Dates of the Nutcracker Puppet Show

There will be puppet shows on Dec 26 too, although not the Nutcracker. The shows are in Hungarian language, which may not bother your little one at all, so it might be worth giving a try:
December 26
10:30 am Misi Mokus vandoruton at Budapest Bábszínház – Színházterem

Tickets to the Nutcracker Puppet Show