All posts in Budapest Christmas

You are here: Home / All posts in Budapest Christmas

Christmas at the Museum of Applied Arts

The Hungarian Museum of Applied Arts (Iparmuveszeti Muzeum) holds its annual Christmas market in December. The date of the Xmas Fair changes from year to year, but to cater for more visitors, the Christmas Market is usually held at one or two of the weekends during the Advent. 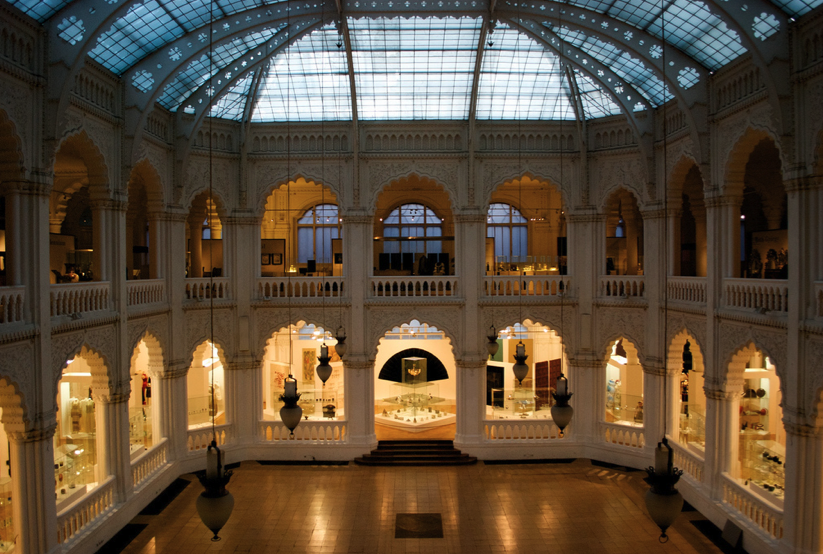 Christmas Market at the Museum of Applied Arts, Budapest:

The Christmas fair is simultaneous with an Advent Family Weekend at the Museum, with workshops and many programs for the children.

The program of the event and some photos will come soon. Please check back later.

Until then, take a look at some of the fantastic displays from the exhibitions of the Museum of Applied Arts (Iparművészeti Múzeum) on Ulloi Way, Budapest, District IX.

The museum will also have some Christmas decoration workshops (date not finalized yet). Some of the previous programmes

December 1 – 30 at the Nagyteteny Castle in Budapest 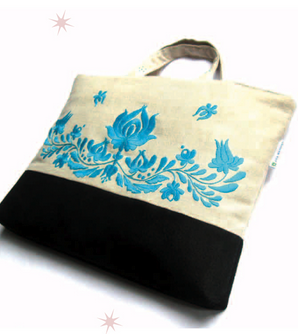 Another smaller museum in Nagyteteny Palace is also under the management of the Museum of Applied Arts in Budapest. This nice 19th century palace on the outskirts of Budapest is in Nagyteteny district (District XXII, 9-11 Kastelypark Street). Each year in the Advent period, the Nagyteteny Castle gets a range of beautiful Christmas decor, plus you can see the old 19th century furniture and interior decor of Hungary (at that time part of the Austro-Hungarian empire)

In the month of December, from Tuesday to Sunday (except Christmas holidays), you can see the Christmas trees of designers, made or decorated by Hungarian designers.

On one of the weekends, you can also participate at a very children and family friendly program in Budapest, where the kids can also make Christmas tree decorations, you can buy some little gifts, etc.

This Christmas event is absolutely not touristy, as the castle itself is about an hour’s ride from the city center of Budapest with public transport (about 35 min by taxi) 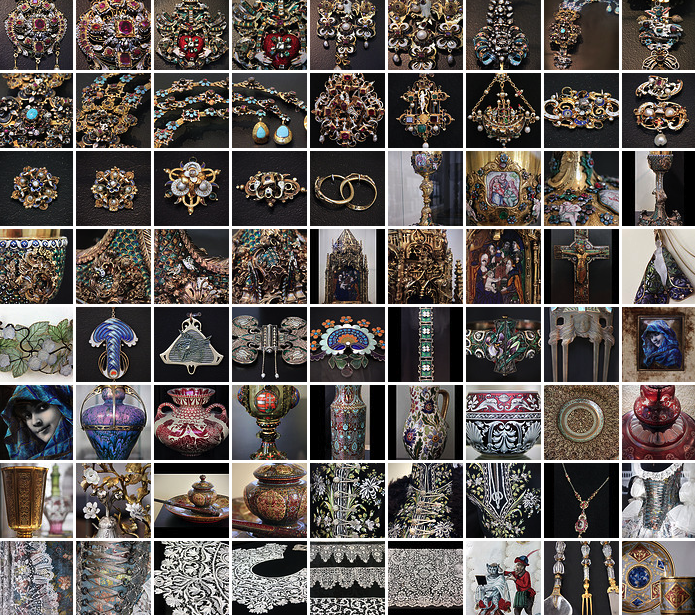 Exhibits at the Museum of Applied Arts

The location of the Museum of Applied Arts on Budapest Tourist Map: in the center of the map, you can see the yellow M symbol for the museum.

Kempinski Hotel on the Budapest Fashion Street at Christmas

You can also visit the Kempinski Christmas Terrace on Fashion Street from December to January. The Kempinski Christmas Terrace is usually open from Monday to Friday from 3pm to 8 pm, and on Saturdays and Sundasy from noon to 8 pm. You can enjoy signature drinks, like hot mojito and Glühwein Rosé (mulled rosé wine) and try the savoury and sweet crêpes made by the kitchen of Kempinski Hotel Corvinus Budapest.

In the promotional video you can also see the Budapest Christmas Market on Vörösmarty Square (square is ‘tér’ in Hungarian, so the square goes in Hungarian: virr-ersh-morty tay-r). The Christmas fair on Vorosmary ter is usually open from mid November to early January, & there will be an Advent Market on St. Stephen’s Square by the Basilica from December 1 to December 31, every day from 10 am to 8 pm.

The two markets are very close to each other, and besides shopping some gifts, eating and drinking, and listening to concerts, you can also peek into the workrooms of craftsmen and cooks, see how the Hungarian sausages are sizzling, how the cinnamon pastry, the Chimney cake (Kurtoskalacs) is baked over open fire, how ironwork is made by old fashioned smiths, etc. This is the time to taste a wide range of spicy winter drinks, eat and buy traditional Hungarian Christmas foods. In front of St.Stephen’s Basilica, you or your children can enjoy ice-skating on the make shift artifical rink in the snow in a beautiful environment. Last but not least, you can admire the ray light painting – on the Cafe Gerbeaud on Vorosmarty Square and on the Basilica on St Stephen’s Square.

There are more than a hundred little Christmas stalls on the market, little traditional wooden stalls contrasted with the beautiful Cafe Gerbeaud in the background, the Hard Rock Cafe on the side, etc. It is a bit of time travel, away from the commercialised Christmas markets and streets. Something traditional, somewhere to feel the warmth of the Christmas festivities despite all hardships and uncertainties. Come to Budapest and enjoy the Christmas with all its warm lights, home made foods, nice smells and sights. 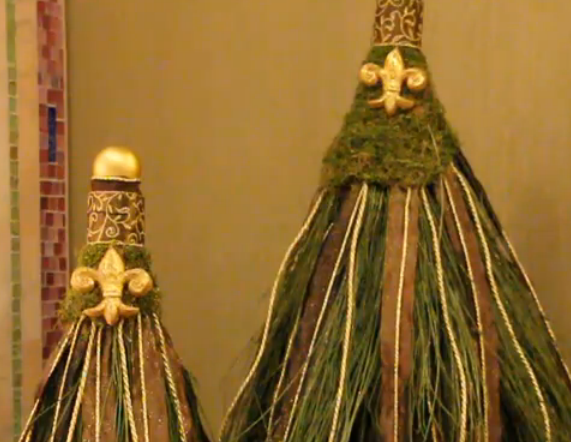 The Christmas Eve menu in 2013 is as follows:

Here is a lovely video showing how one of the best hotels in Budapest is preparing for the Xmas festivities, what the hotel Christmas decor looks like, etc.

The whole atmosphere is welcoming, especially around Christmas time, when you also have a chance to see the Budapest Christmas markets, visit the Opera House for a festive Nutcracker ballet or an opera, spend a Christmas river cruise on the Danube in Budapest, attend beautiful choir and organ concerts at the St Stephen’s Basilica, party at the numerous bars, clubs and ruin pubs of Budapest, and in general just have a fantastic time at Christmas in the capital of Hungary, Budapest. 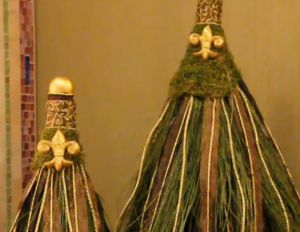 Add the favourable prices and cheap deals make  the four star superior Hotel Zara stand out amongst the hotels of Budapest.

If your read Zara backward you will get the name of the hotel restaurant, the Araz, which is also preparing for Christmas with special menus. 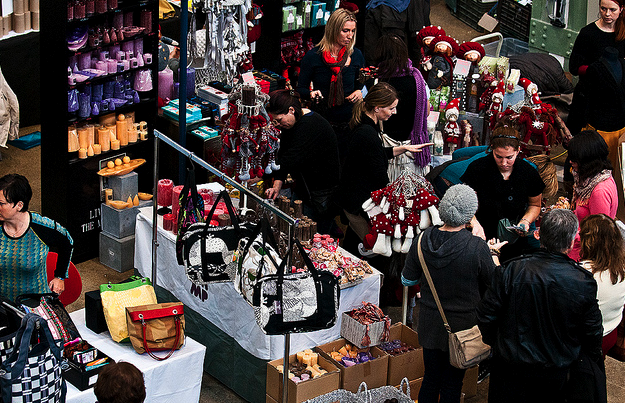 Budapest is full of very nice Christmas fairs and markets, including the contemporary design fair called WAMP, which is a regular monthly event with special Christmas editions for each Advent week. 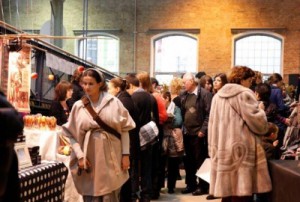 Dates of WAMP Design Fair in Budapest at Christmas and during the Advent period: each Sunday before Christmas you can sample of the thousands of unique hand made designs, leather bags, home made jams, handcrafted lovely dolls and characters, crafted chocolates, etc.

The public transport company in Budapest, BKV, is running bright light Xmas trams (streetcars) at Christmas time in Budapest, Hungary. The Christmas trams run along the big ring road (tram 6), by the river Danube (Tram 2 or 2A on the Pest side, and Tram 19 on the Buda side) along the embankment of Budapest, etc.

The big ring road in Budapest, aka the grand boulevard (nagy körút) is one of the most important and central routes in the city, which runs in a semi circle from Buda through Pest then back to Buda, touching the Margaret Bridge, Oktogon Square, Blaha Square, Petofi Bridge, Moricz korter Square, among others.

The Christmas trams are wrapped in lights, so they are called Budapest Xmas lights Streetcars, and are some of the lovely festive sights in Budapest at Christmas time.

The Christmas trams run usually between 5 pm and 9 pm in the evenings, from Dec 1 to Jan 7. The nostalgia tram is enlightened with approx. 40,000 LED lights.

This is another lovely Budapest Christmas Streetcar video, we love the way how children and passengers get smiley on the brightly lit, glowing Xmas streetcar of Budapest, Hungary: